Tread softly, because you tread on my dreams. - Yeats 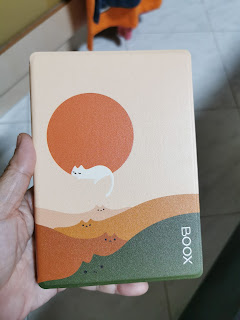 I've not been blogging much lately because I've been busy working, learning Blender and getting back to reading again.  After much deliberation and research, I finally got an eBook reader instead of reading off my trusty 7-inch tablet.  So instead of spending the money I had been saving to get a new tablet to replace my ageing tablet, I decided to get a device from Onyx Boox. Since I have never owned an eBook reader before this I decided to get one of the more budget models to try out first and the model I decided on was the Poke 4 Lite. 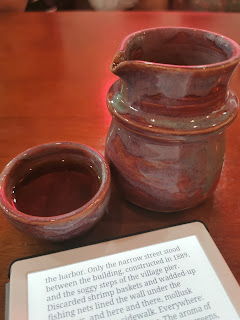 Although it took a little getting used to how slow eBook readers can be and how there was some ghosting of pages, I was pretty much happy with how I was able to read eBooks in different light situations with some ease.  There was a small niggling sense of guilt and buyer's remorse that I may have been better off buying a new tablet because my 6-7 year old tablet was having trouble keeping up with my demands, still,  I was happy enough with the eBook reader, hence my initial positive review on Shopee approximately 40 days ago. 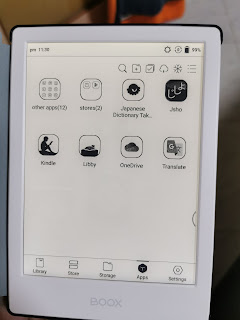 Last night, something happened to the eBook reader that felt akin to a mysterious supernatural phenomenon to me; spontaneous combustion almost.  I've never dropped the device and have never placed undue pressure on it.  Yet, it went once into the backpack next to a jacket and once out of the backpack and into my hand and there it was a peculiar mark on the eBook reader's screen that I could not get rid of even after refreshing and restarting it. 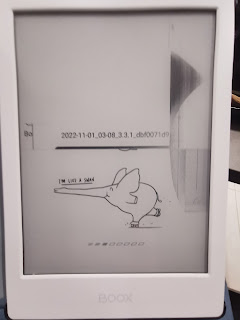 Sadly, this was not a happy magical moment of wonder that one might experience at a David Copperfield show.  I had a sinking feeling that this was a hardware failure and after contacting the local agent for the Onyx Boox devices in Singapore via Shopee, my worst fears were realized.  The agent said that this was most likely a broken screen which isn't covered by a warranty which means that I will most likely have to pay for it.  I'm waiting to find out how much this would cost me and if it's even worth fixing it or if I'll just keep it as a costly paperweight.

While I read that eBook reader screens can be a little fragile, I didn't expect them to be THIS fragile.  I had been quite careful with the device because I knew that the screens cannot take too much pressure, hence I made sure that I always used a cover and also placed the device in a cloth bag.  My poor tablet who has never had a screen protector or a cover in its life was probably feeling jealous at my unequal treatment of my devices.  Even my Surface Pro 7 which I shove in my bag quite thoughtlessly probably felt a tinge of enviousness.

I checked and the covers are not dented or bent so how was this screen damaged? I can only conclude that the screens are ridiculously fragile.
Since I cannot update my initial positive assessment of the device on Shopee because it's past 30 days, I can only lament about it on my blog to get some of my frustrations out of my system.  As of this moment, after less than 2 months of experience with an eBook reader and with Onyx Boox, my recommendation is to stay away from these devices because they are so fragile that even normal usage can break them.  If you still feel like getting one, then get a case for it because that cover isn't going to do much for you at all.
Posted by just me at 08:57

just me
I enjoy writing about whatever interests me. Currently, I also enjoy maintaining a page & reviews on Tong Yao 童瑶 and Sun Li 孙俪's works.

Finally... I think I feel rested enough to write this post... I hope I will be able to finish this before it gets too late because I hope ... 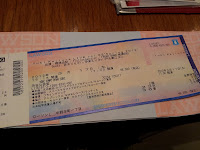 What I'm listening to now...